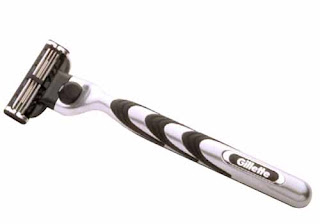 I remember it well, on the descent of the Côte de la Roche aux Faucons, Alexandre Vinokourov of Team Astana, named after the capital city of his native Kazakhstan, escaped from the rest of the favourites riding the 2010 Liege-Bastogne-Liege. Along with Alexandr Kolobnev from the Russian Katusha team, he powered up the final climb towards the finish. What happened next has been called into question since. Rumour has it that there exists a string of emails insinuating that Vinokourov offered a healthy dollop of cash if this situation arose and Kolobnev allowed Vino to win. Whatever the truth behind this, returning unrepentant from a two year ban imposed for a doping offence, Vinokourov crossed the line victorious, arms aloft to a chorus of whistles and boos from a Belgian crowd in no mood to forgive his previous conviction.
As the post race interviews were being broadcast on Eurosport, I was running a bath in Cambridgeshire, trying to keep one ear on the proceedings in Belgium. It seems dear old Alex had no idea why the fans didn’t like him and could see no reason for contrition. The reason I remember it so well? It was the day I nearly accidentally, but all too willingly joined a special little club, one which many a cyclist struggles to justify and many a non-cyclist mocks. One I am yet to look back from. The day I first shaved my legs.
I had vowed never to join my bare-legged clubmates, but advancing years had seen to it that varicose veins were now snaking over one of my legs. Sometimes I’d suffer a deep ache, which occasionally degenerated into a sharper pain so, a few months after the initial visit to the doctor, a letter arrived summoning me to the local hospital where the vein surgeon told me that he was happy to strip the offending little tubes out. A few weeks later a pre-operative letter told me when and where to go, what to take and provided the perfect excuse to shave my legs. It didn’t take long to decide that both legs, not just the affected one, would get the treatment, so to speak.
But why do cyclists shave their legs? At work fascinated women and appalled men assume it bestows some aerodynamic advantage but, whilst it can’t slow you down, that’s not the reason. I read some time ago that back in the mists of time cyclists, with tired, lactic acid infused legs, realized that massage made the legs work better on the bike the next day and, consequently realized that daily massage is easier, more comfortable and effective when there’s nothing to get in the way: including hair. The sad fact is I’ve only managed one massage in the whole time I’ve been cycling, so why do I, and many other club cyclists do it? Well, it’s easier and less messy to apply sun cream to bare legs, though conversely, no hair means a better, quicker tan, though it’s only the last few days that there’s any chance of that in the UK this year. Many, many cyclists apply warm up oil - embrocation - to their legs before riding or especially racing, this makes and keeps them warm and provides a waterproof film to the skin. I’m prone to massage recovery cream into my sore legs after a hard ride, just to make walking upstairs a bit more bearable. Then there’s vanity. Lots of cycling develops good muscle tone, which is better defined without the haze of curly dark hair obscuring all that hard work. Lastly, bare legs are a badge of honour, they show that you’re a member of the club, someone who spends too much time on their bike and not enough time on household chores or with their family, who in turn are forced to endure interminable hours of cycle racing on the TV. Someone who suffers the joy, pain and privations of riding come rain or shine, and doesn’t care who knows it.
So there I was in the bath, scraping away gingerly, occasionally shouting at my wife for advice. After about half an hour and two Gillette MachII blades, all that remained were two smooth pasty, flabby legs, with a couple of dripping red cuts on each. The operation to remove those pesky veins came and went, but the hair on my legs didn’t return. I was very self conscious in anticipation of the next club ride and was grateful when the temperature dropped and it rained, meaning bib tights were the order of the day rather than shorts. The club time trial was a different matter though. A cool May wind blew over my strangely naked skin and I’m sure people were looking, whispering behind their hands, “Who does he think he is?”
Since then Vinokourov has been forgiven following some dogged, aggressive and combative displays in a number of races. Last year saw what we all thought would be the end of him as, on a terrible day for crashes, Stage 9 of the 2012 Tour de France saw him carried back to the road by his team mates, victim of a horrifying crash which broke his pelvis. But he’s still racing, and after cutting my legs with the scraper that comes with Veet For Men and burning my skin with depilatory mousse and even contemplating waxing, I still shave my legs.