Return To The Peak 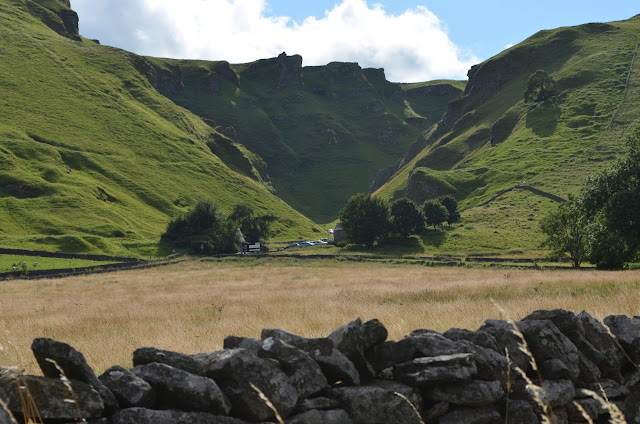 One of the best things about visiting Sheffield is definitely Béres Pork Shops, you’ve missed out if you’ve not had one of their rolls. Another good thing about the city is the proximity of the Peak District, undoubtedly one of England’s most beautiful areas, especially if you’ve brought a bicycle with you. Weather during a previous stay of six weeks, meant my bike remained firmly clamped in the turbo trainer in a spare office at work. This time it’s August and my bike is in the boot of the car.

Parked in a lay-by at the top of Winnats Pass, I should have known it was going to be a hard ride when my wheel bag was nearly blown from my hand when I lifted it from the boot. Just a 30 minute drive from my Sheffield hotel, I was watching the rain hammer down from lumpy grey skies, hoping brightness on the horizon would hurry before I got bored and returned to my hotel. I tried riding Winnats a few years before, when an extra two stone in weight and a few years less in the legs, meant even a compact chainset wasn’t small enough, and I ended up walking most of it. I had no intention of walking today; I was out for revenge.

The pass is a limestone gorge carrying an extension of the A6187 towards Chapel-en-le-Frith. According to www.climbbybike.com the climb is only 1.6km long, but ascends over 188 metres. It’s steep, with an average gradient over 11% and apparently some bits of 28%, thought signs tell you it’s a measly 20%. Steep.

Once the brisk wind had blown the squall away, I assembled the bike and set off on fast drying roads. The wind made it hard from the first pedal stroke, and a wrong gear had me struggling too early. The wind was tugging at my front wheel and I knew it would be blowing hard straight down the pass when I finally got to grind my way up it. However, where there’s a head wind, you can always find a tailwind and riding the undulating A623 from Sparrowpit to Tideswell was good fun, though all the while I had the nagging feeling I should have been taking it easy and saving my legs. My season has not been good, poor weather in May and a broken elbow in July has severely curtailed my riding.

I was not feeling as good as I’d hoped when the road began to rise gently out of the village of Castleton. I stopped outside a tea shop, removed my glasses and talked down my chances to a couple regarding me curiously. The wind had taken its toll and was now being funnelled down the pass, between the high grassy walls and into my face. I crossed the cattle grid, clicked down to what I now realise was an optimistic 39/27 gear and, before I knew it was in trouble. By the time I reached the corner where the gradient really ramps up, my cadence was way down and my I was breathing hard, I couldn’t find a rhythm and was really beginning to suffer, my earlier conviction disappearing with each pedal stroke. Dead and powerless, my legs didn’t hurt, though my triceps burnt as I countered turn of the cranks with my arms. I miserably even myself wishing for a puncture.

And then I stopped.

Chest heaving, I leant on the bars. Beaten. My Garmin mocked me by erroneously announcing the gradient as 1%. “I’m not walking. I’m not fucking walking!” I clipped my right foot in and pushed, the gradient stopped me before I could get the left shoe anywhere near. Stuck. 100 metres below two women stared. I briefly contemplated riding down to get clipped in, but instead pointed the bike across the road, easing the gradient, pushed, rushed the left foot up and pushed again. I flipped the pedal, the cleat clicked and I kept on pushing.

I only rode 20 miles with an average speed of 17mph and a maximum of 43. I might have stopped, but I didn’t take a single step up the hill, even if my Garmin reckons I had a maximum heart rate of 234. I hope it’s broken.