Riding to the Tour Part 2

Two more contrasting days on a motorbike holiday you could not find.
Not quite true, but today's 257 mile ride through the Massif Centrale was a stark contrast from yesterday's motorway dirge, even our hotel in Cahors is a pleasant change, there are carpets and everything.

Yesterday's hotel matched the town, underwhelming used and slightly grubby. After a brief wander around, we found a restaurant where we ate a burger of questionable origin served by staff who nearly smiled.

This morning we set off under threatening grey skies, the forecast had been a 60% chance of rain, so we were both prepared for another soaking. Fortunately it wasn't to be. Most of the day was spent winding through the hills and roads of central France, black clouds never quite getting above us and the roads stayed dry in spite. 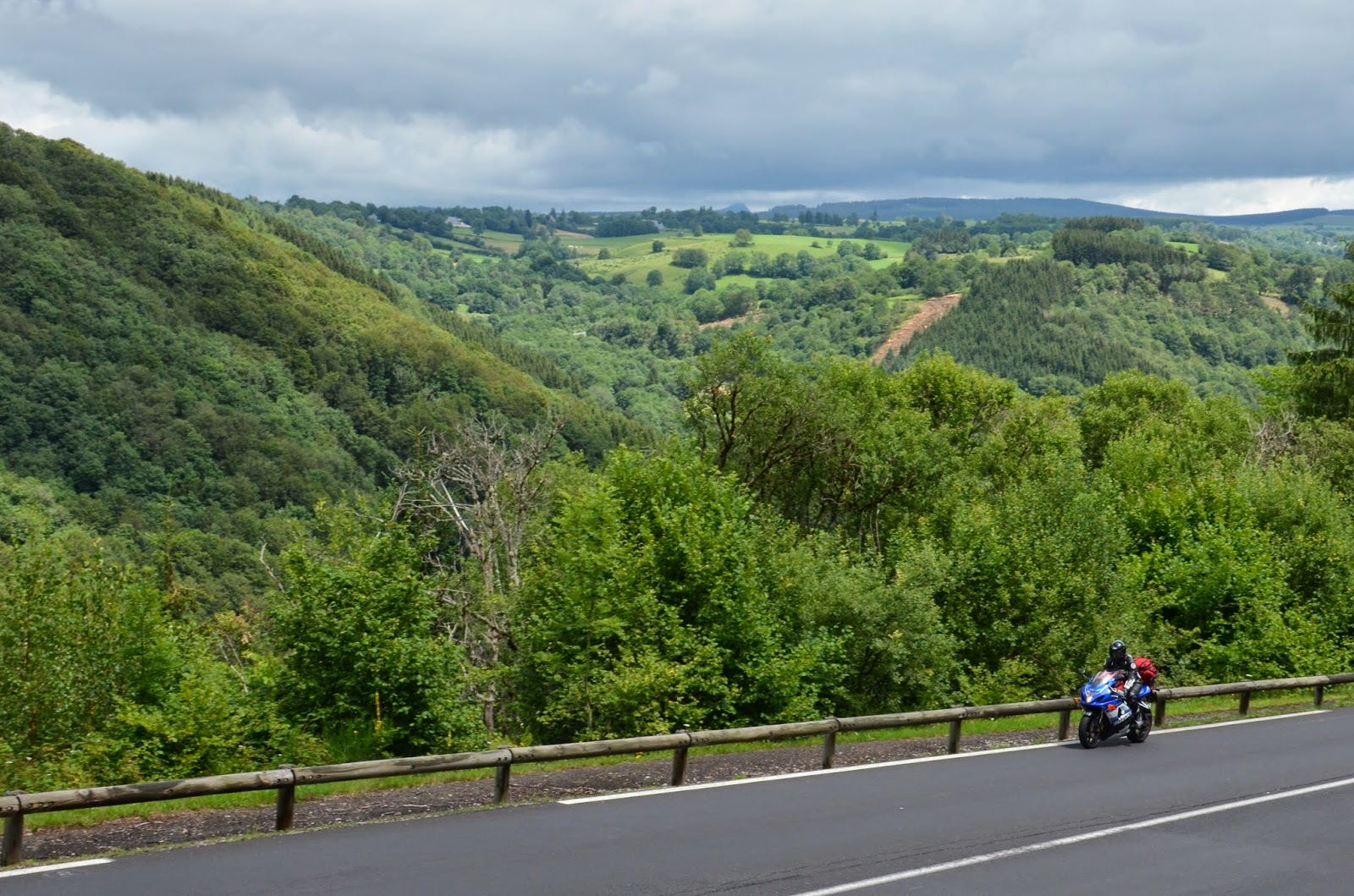 Our route took us from Montluçon to Riom and the Volvic factory, then through the hills proper to Aurillac, where I put on summer gloves and the sun came out for the first time. It might have been the sun, but by the time we were beyond Figéac there was a change in our surroundings, the earth was redder and the vegetation more scrubby. It felt hot and it looked hot.

A missed turn meant we ended up on the Autoroute for a few miles before the sat nav, now reloaded with the maps it decided to delete yesterday,  took us down a tiny, steep, narrow road, the sort only a sat nav would send a traveller along.

Unusually it was beautiful, like much of the countryside we had seen today, and brought us out very near the city centre, where, for the first time today, the roads twinkled in the sun, soaked from a summer storm.